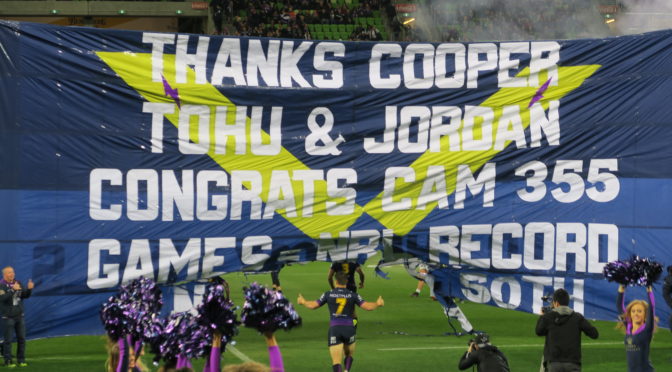 The next home game is this Saturday 9 September at 4.10 pm at  AAMI Park. This is the qualifying round, the first in the  2017 NRL final series, up against the Parramatta Eels.

It has been a week of records, last week confirming the 2017 Minor Premiership for the Melbourne Storm.  Cooper Cronk’s final home game – along with Tohu Harris and Jordan McLean.

This week will see Cameron become the all time record hoder playing 356 games.

Get behind the lads this week and show your Purple Pride – Melbourne Proud. 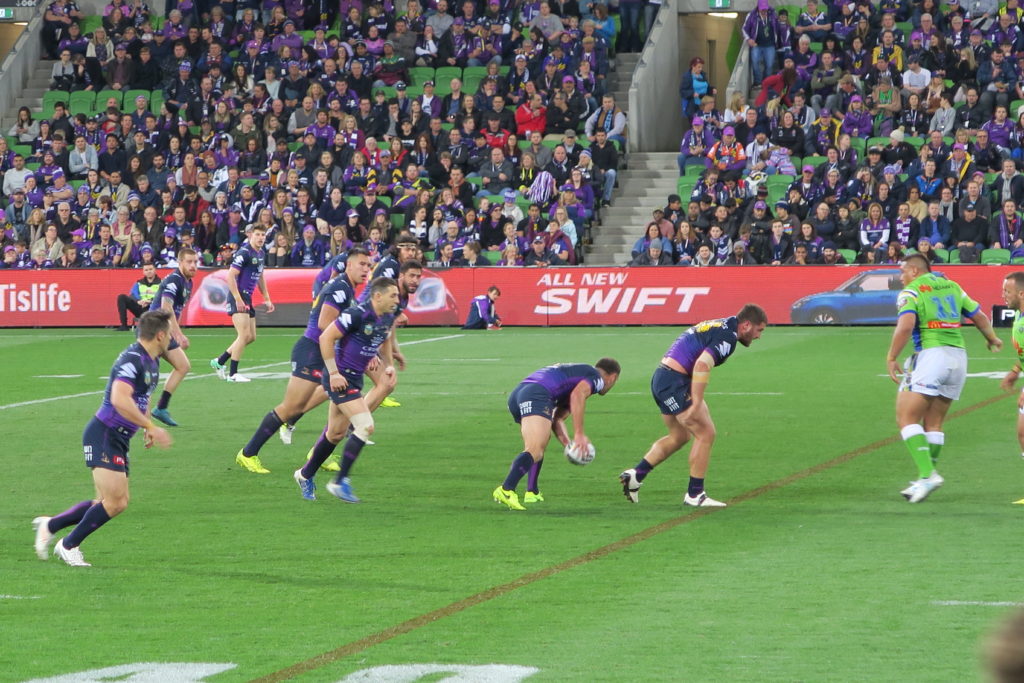 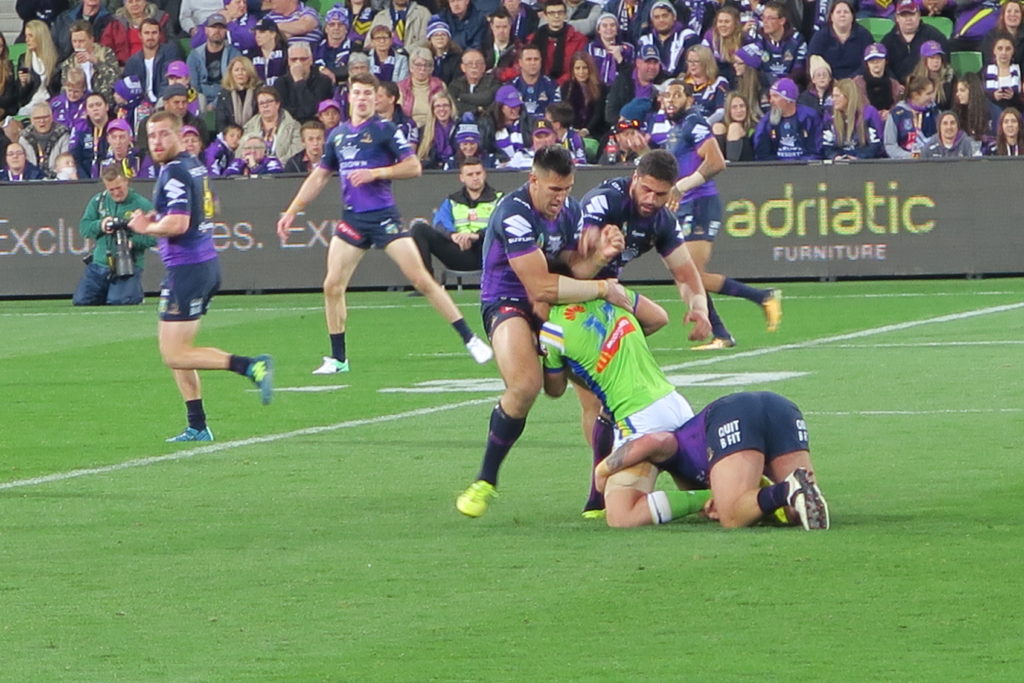 Melbourne Storm Rugby Club have AAMI Park as its home ground, located on Olympic Boulevard and in the Sports and Entertainment Precinct.  GO STORM!!

WINTER ON THE TAN TRACK
What a great place to be at lunchtime to eat your sandwich or early evening between  5.00 – 7.30pm, just to watch the slip stream of walkers, joggers and runners or perhaps as you cross the track to enter the Botanical Gardens .

If you’re on the way to an event or one of the other attractions in the area, whether it be a game at AAMI Park Stadium to see Melbourne Storm Rugby League or to the MCG [Melbourne Cricket Ground] for Aussie rules football, you’ll inevitably find yourself walking around part of the track as well.

However, most are users including the 3.8km track length in one circuit of their daily exercise ritual – but it is OK just to go for a stroll!! The tan is a lush tree lined perimeter to the Botanical Gardens and at times also borders the Yarra River. In early evening you might smell the scent and waft of ginger flowers coming across the fence on the Alexander Avenue stretch – M’mmmm glorious. You’ll find people there at all times of the day and I have colleague who joins her running group before dawn to prepare for their next half or full marathon together.

The track made up from sand and crushed rock, has lighting all the way. Although the last phase of an upgrade to the track and lighting is just being completed on the southern side and still requires a little fine tuning.

Whether you are running or walking most people tend to go around the track clockwise and I suspect this is to take advantage of the short but steep hill climb on the Anderson Street side doing their fartlek exercise on the straight. If walking, as I do, my suggestion is to walk anti-clockwise. That way it’s easier to keep left and see the rest of the world as they slip by.

What’s underneath the Onion Skin – other things nearby:

A mix of Melbourne Rowing Clubs on the Yarra River, along the banks of which are several inbuilt BBQ’s and tables available for use, free of charge.

Government House, home of the Victorian Governor General and the Sidney Myer Music Bowl where the annual Carols by Candlelight are performed and over the summer months several free orchestral concerts by MSO and other performers.

The Shrine of Remembrance, the Royal Botanical Gardens [RBG], the National Herbarium, the Observatory Gate and Café and the Historic Places Trust property – La Trobe Cottage.

Food:
On this walk [run] there are several water fountains drink stations on the track, or you may like to continue you walk [run] along to Southgate to pick up a refreshing drink from Boost Juice.

How to get there: Melway reference – Map 2F J9

By Car: Parking around the Tan, there are a range of two and four hour parking spots or weekend s on St Kilda Road
By Tram: Any tram along St Kilda Road except a number one, which turns off to South Melbourne.