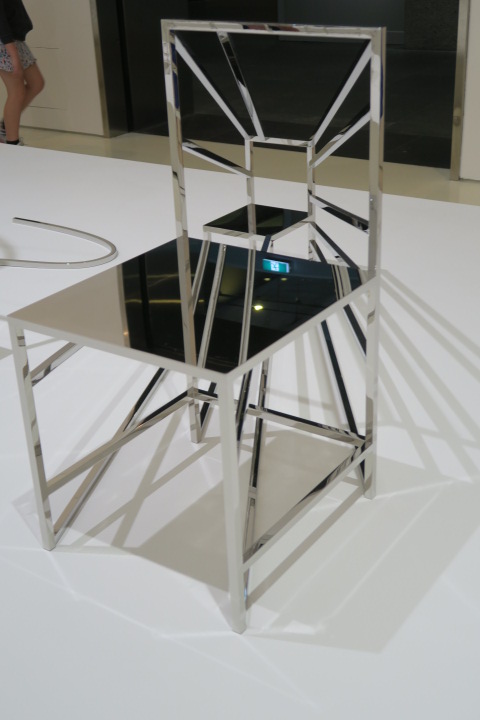 Manga chairs, 2015, and Trace sconce, 2016, lights both explore the ways in which objects can be expressive – creating the impression of movement or playing with our sense of perspective by manipulating light and shadow. The Manga chairs, 2015, translate traditional graphic forms from Japanese manga comics to furniture design. Manga comics are characteristically flat and abstract, with line work typified by visual dynamism. The style, which developed in the late nineteenth century, has its origins in earlier ukiyo-e prints from the Edo period and today is an iconic form. Each of the fifty standard chairs is reimagined with a design element drawn from manga; lines that depict movement, speech bubbles and symbols are all used to visualise emotion.