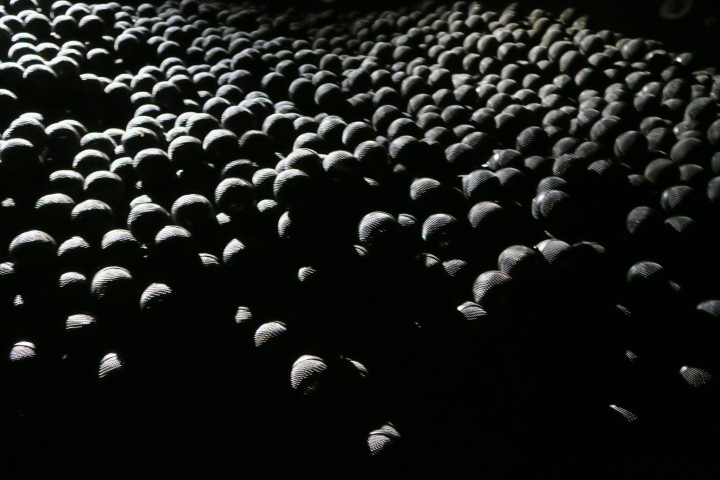 The black ambiguous mass of Shilpa Gupta’s sculpture Untitled, 2012–15, stands in contrast to the sound it produces, which is based on a text by the artist that imagines a world in which people can move freely across national borders. The work continues her investigations into border-making in India, after the country was partitioned in 1947, and specifically into the Bangladeshi enclaves. The borders between these sovereign tracts of land are unclear, and their inhabitants’ lives are highly regulated. Gupta’s practice focuses on zones in which real and imagined divisions are played out, be they borderlines, within language, or ideas of censorship and security.